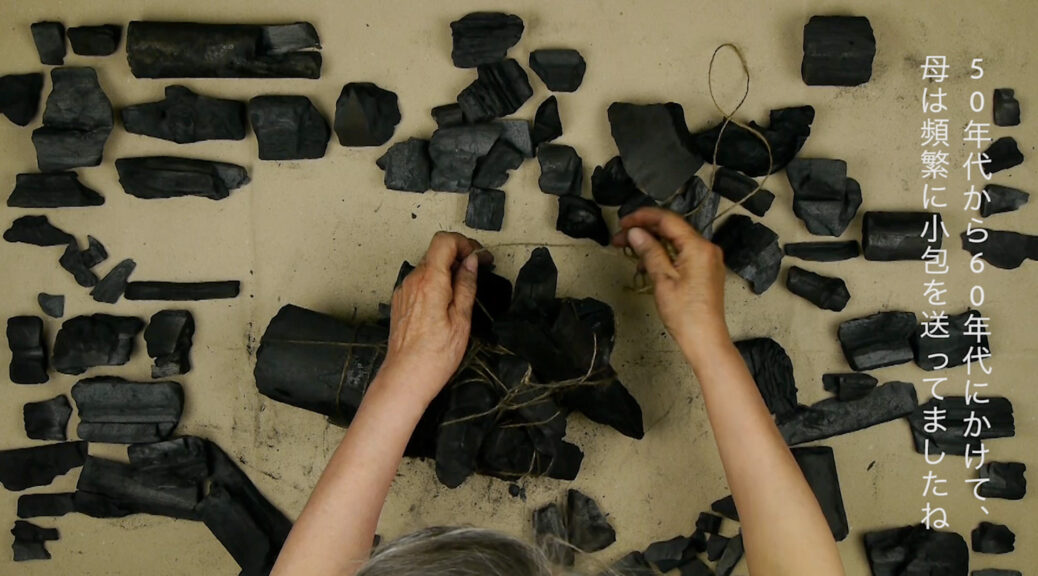 The Video shows an action of woman’s hands (re)uniting 3kg fragments of charcoal to a figure of a tree. During the action the Women explains her private memory about her mother and the political and the everyday life situation in Berlin. They have moved in 1956 from DDR/GDR to West Germany. The way of packing using string she has learned by her mother. Strings were considerably used for post-sending before the plastic tape become prevalent. Her mother has sent many packets from West to East Germany during the 1960′ – 70’s. There was no tape in those days. The tying-technique and this special hand movements will soon be lost.
„Eine echte Frau löst jeden Knoten / An authentic woman solves all knots“. This proverb was spoken by a high school teacher in West Germany. When the women in the video heard by her teacher, she was felt provocated. To become a woman needs such a high hurdle .