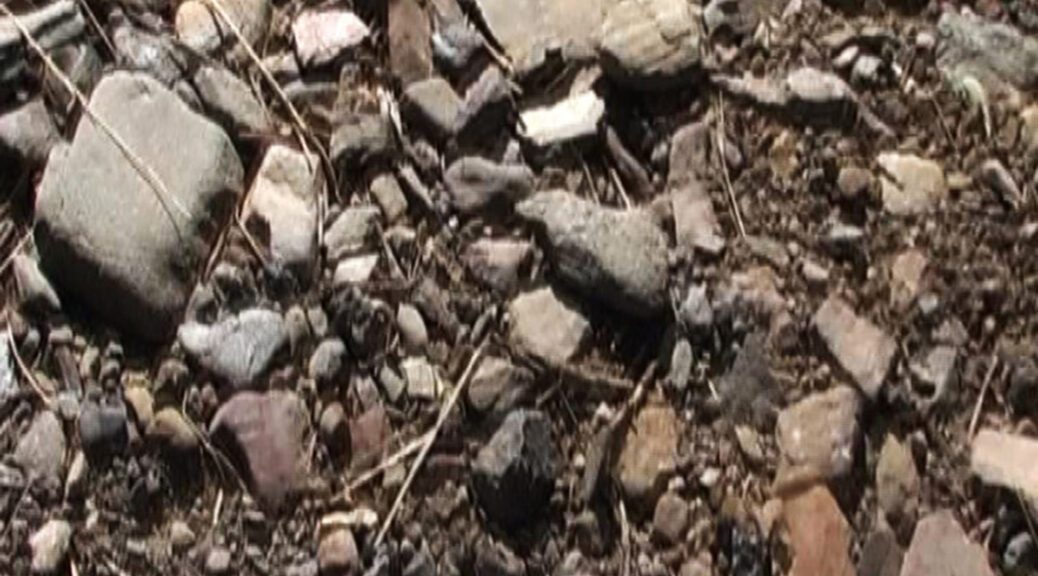 The way: La route Lister (Chemin Walter Benjamin).
The area: Eastern Pyrenees on the Mediterranean
The place: Banyuls sur Mer, France
The water: Port Bou, Spain
The media theorist and philosopher Walter Benjamin escaped from the National Socialists in 1940 moving from Banyuls to Port Bou. Alongside many other exiles he took the same smuggler’s path over the Pyrenees and is still the boundary between France and Spain today. When Benjamin reached Port Bou only to find out that his transit visa was not valid; he committed suicide. My half-hour video shows the climb along the mountains from the perspective of a person walking, and looking constantly downwards at the stony path. For this video, I held my camera in my hand as if carrying a heavy suitcase, mimicking the philosopher who always carried a black briefcase that probably accommodated his last extensive text. In this way, the fizziness and shaking of the video footage can be associated with the psychological condition of Benjamin – a refugee.