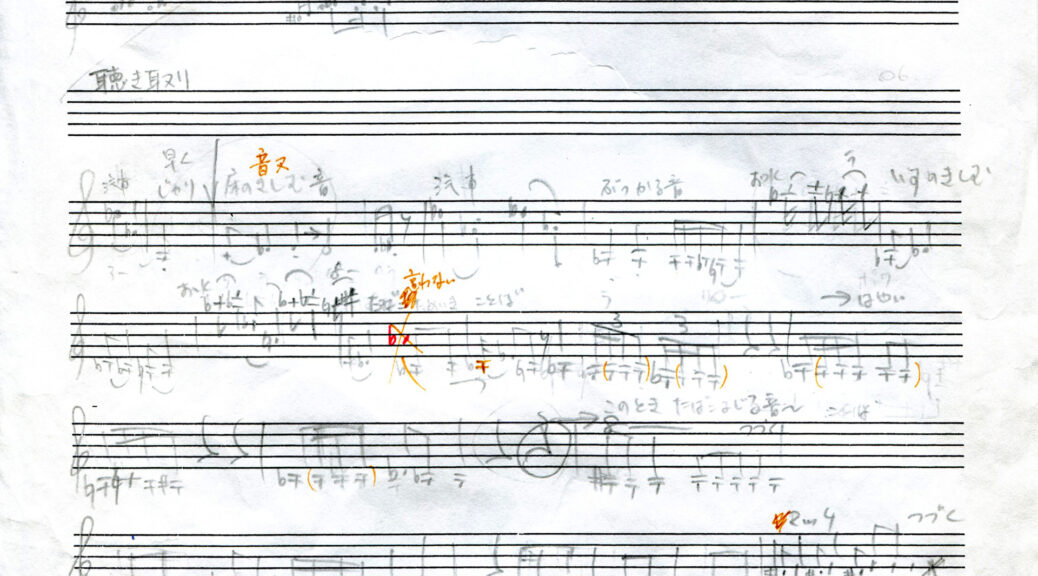 At the end of the video Perfect Pitcher #1—Song for the forbidden zone, I let the final scene of Tarkovsky’s film Stalker appear briefly as a film still. It shows the view behind the family onto a deserted landscape and a monstrously threatening industrial plant on the horizon: a nuclear power plant. The melancholy of this image pervades the entire video, for the flaming red and cold white flickering of light in combination with the recitation of Hazuki Ogoshi, a musician with perfect pitch, may refer to the catastrophic end of an era. The strangely nervous exposure technique, which mirrors my agitated state, results from the fact that I placed the small web camera in my mouth. Thus, shock and protest were quasi on the tip of my tongue, and my body became the instrument of recording.

A conversation between Aomi Okabe and Naho Kawabe. October, 2012
in: Katalog “Observer Effect“