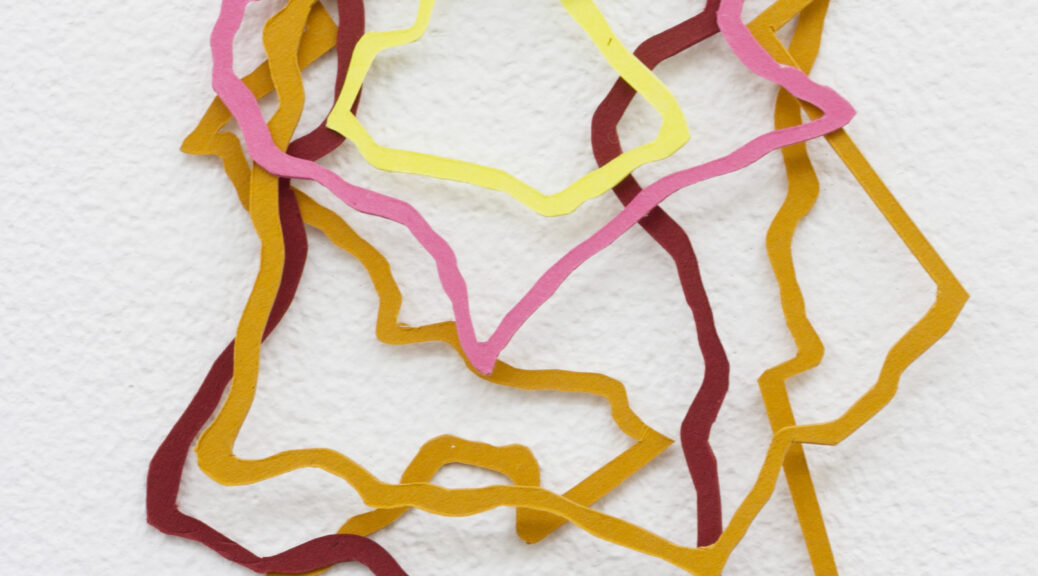 There are territorial, geographical, biological, social, economic, moral, aesthetic, performance and decency limits.
In the work “Routes of Migratory” (2015), the silhouette made of coloured cardboard traces the flight routes of migratory birds, and in the work “Continent of Africa” (2015), all boundary lines are seen on the continent Africa. The colourful outlines are loosely hung on small needles, they could be exchanged, removed or replaced. They are fragile and provisional, endangered and changeable, too.
It is striking that the flight paths of the birds on their annual migrations from Africa to Europe and back draw flowing, round and playfully light lines. This makes it possible to associate the boundlessness of flight and any kind of footprint as utopia. The harmonious forms are a counterpart to the often jagged and sharp-edged appearing state boundaries on the southern continent, whose arbitrary drawings document the political drama of Africa.